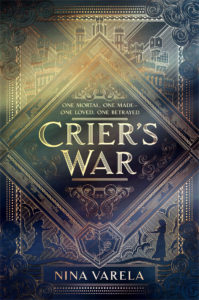 After the War of Kinds ravaged the kingdom of Rabu, the Automae, designed to be the playthings of royals, usurped their owners’ estates and bent the human race to their will.

Now Ayla, a human servant rising in the ranks at the House of the Sovereign, dreams of avenging her family’s death…by killing the sovereign’s daughter, Lady Crier.

Crier was Made to be beautiful, flawless, and to carry on her father’s legacy. But that was before her betrothal to the enigmatic Scyre Kinok, before she discovered her father isn’t the benevolent king she once admired, and most importantly, before she met Ayla.

Now, with growing human unrest across the land, pressures from a foreign queen, and an evil new leader on the rise, Crier and Ayla find there may be only one path to love: war.

If you’re looking for an F/F fantasy then look no further because I have the book for you! Packed with revenge, betrayal and socio-politics, Crier’s War is an alternate future where alchemists have crafted Automaes, a species of mechanical beings who rise to power and enslave humanity.

Crier is an Automade and the daughter of Hesod, the sovereign. Built to carry his powerful legacy, she’s betrothed to a man who promises to help hone that power for the both of them. However, a possible flaw in her design alters her disposition towards humans.

Ayla is a human girl who’s had everything taken from her by the Automades. Obsessed with getting her revenge against the tyrant Hesod, Ayla works as a servant at the House of Sovereign, bidding her time until she can kill Crier.

Things start to get interesting when instead of killing Crier, Ayla saves her life. Crier offers her an opportunity of a lifetime: to become her handmaiden, a position of high honour for humans. And what comes after is the slowest, most angst-filled enemies to lovers story between two women of colour! Are you buzzing yet? Because you should be. (The handmaiden / lady dynamic seems to be the trend for sapphic romances at the moment or maybe I just haven’t read enough of them yet).

All in all, this is a truly excellent debut and I am already itching to get my hands on its sequel.

“It was never really a choice, was it? Wanting her. Killing her.”

“A thought came to her: a story of its own, one that only just began writing itself in her mind: a story of two women, one human, one Made.”

“Crier was beautiful. Created to be beautiful, but it was more than that. […] It was the way her eyes lit up with interest, the way her fingers were always so careful, almost reverent, as she flipped the pages of a book.”

“A drop of water gleamed on Ayla’s lower lip. Strangely, it made Crier want to–drink.”

Nina Varela is a nationally awarded writer of screenplays and short fiction. She was born in New Orleans and raised on a hippie commune in Durham, North Carolina, where she spent most of her childhood playing in the Eno River, building faerie houses from moss and bark, and running barefoot through the woods. These days, Nina lives in Los Angeles with her writing partner and their tiny, ill-behaved dog. She tends to write stories about hard-won love and young people toppling the monarchy/patriarchy/whatever-archy. On a related note, she’s queer. On a less related note, she has strong feelings about hushpuppies and loves a good jambalaya. CRIER’S WAR is her first novel.

You can find Nina at any given coffee shop in the greater Los Angeles area, or at www.ninavarela.com.

Will you be reading Crier’s War? 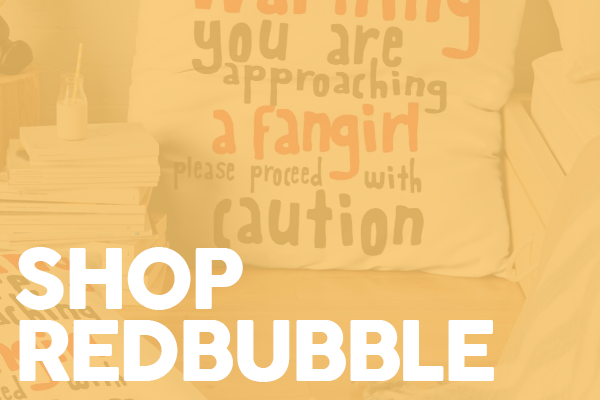 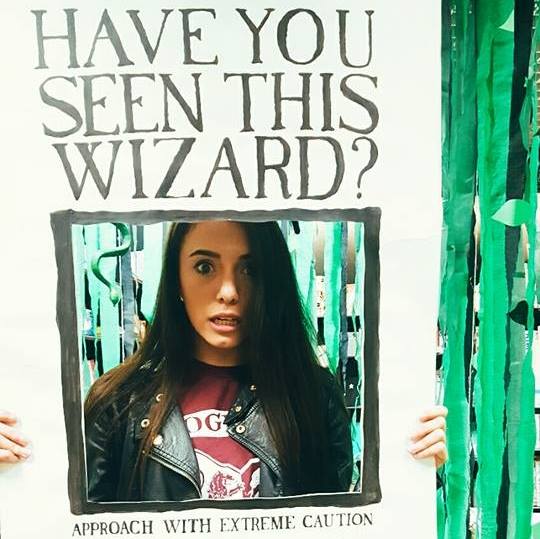